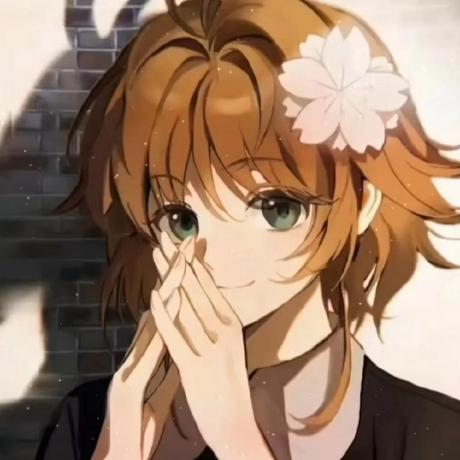 Several of the challenges are dynamic and require you to talk to our challenge servers over the network. This allows you to perform man-in-the-middle attacks on people trying to communicate, or directly attack a vulnerable service. To keep things consistent, our interactive servers always send and receive JSON objects.

Python makes such network communication easy with the telnetlib module. Conveniently, it’s part of Python’s standard library, so let’s use it for now.

For this challenge, connect to socket.cryptohack.org on port 11112. Send a JSON object with the key buy and value flag.

The example script below contains the beginnings of a solution for you to modify, and you can reuse it for later challenges.

Now you’ve got the hang of the various encodings you’ll be encountering, let’s have a look at automating it.

Can you pass all 100 levels to get the flag?

The 13377.py file attached below is the source code for what’s running on the server. The pwntools_example.py file provides the start of a solution using the incredibly convenient pwntools library. which we recommend. If you’d prefer to use Python’s in-built telnetlib, telnetlib_example.py is also provided.

For more information about connecting to interactive challenges, see the FAQ. Feel free to skip ahead to the cryptography if you aren’t in the mood for a coding challenge!

I’ve hidden two cool images by XOR with the same secret key so you can’t see them!

As we’ve seen in the encoding section, cryptography involves dealing with data in a wide variety of formats: big integers, raw bytes, hex strings and more. A few structured formats have been standardised to help send and receive cryptographic data. It helps to be able to recognise and manipulate these common data formats.

PEM is a popular format for sending keys, certificates, and other cryptographic material. It looks like:

It wraps base64-encoded data by a one-line header and footer to indicate how to parse the data within. Perhaps unexpectedly, it’s important for there to be the correct number of hyphens in the header and footer, otherwise cryptographic tools won’t be able to recognise the file.

The data that gets base64-encoded is DER-encoded ASN.1 values. Confused? Here is more information about what these acronyms mean but the complexity is there for historical reasons and going too deep into the details may drive you insane.

Extract the private key d as a decimal integer from this PEM-formatted RSA key.

There are two main approaches for solving this challenge. The data in the certificate can be read with the openssl command line tool, or in Python using PyCryptodome. We recommend using PyCryptodome: first import the RSA module with from Crypto.PublicKey import RSA and you can read the key data using RSA.importKey().

As mentioned in the previous challenge, PEM is just a nice wrapper above DER encoded ASN.1. In some cases you may come across DER files directly; for instance many Windows utilities prefer to work with DER files by default. However, other tools expect PEM format and have difficulty importing a DER file, so it’s good to know how to convert one format to another.

An SSL certificate is a crucial part of the modern web, binding a cryptographic key to details about an organisation. We’ll cover more about these and PKI in the TLS category. Presented here is a DER-encoded x509 RSA certificate. Find the modulus of the certificate, giving your answer as a decimal.

Secure Shell Protocol (SSH) is a network protocol that uses cryptography to establish a secure channel over an insecure network (i.e. the internet). SSH enables developers and system administrators to run commands on servers from the other side of the world, without their password being sniffed or data being stolen. It is therefore critical to the security of the web.

In the old days, system administrators used to logon to their servers using telnet. This works similarly to our interactive challenges that involve connecting to socket.cryptohack.org - data is sent to a remote server, which performs actions based on what is sent. There is no transport encryption, so anyone listening in on the network (such as the WiFi access point owner, your ISP, or the NSA) can see all the telnet traffic.

As the internet became increasingly hostile, people realised the need for both authentication and encryption for administrative network traffic. SSH, first released in 1995, achieves these goals and much more, with advanced functionality built into the software like port forwarding, X11 forwarding, and SFTP (Secure File Transfer Protocol). SSH uses a client-server architecture, meaning the server runs SSH as a service daemon which is always online and waiting to receive connections, and the user runs an SSH client to make a connection to it.

Now let’s say Bruce wants to connect as his user account bschneier to his server bruces-server. From his laptop he runs ssh bschneier@bruces-server. His SSH client opens a connection to the server on port 22 where the SSH daemon listens. First, the ciphers that will be used are agreed upon, then a session key to encrypt the connection is established using Diffie-Hellman Key exchange, but we won’t go into the details on that here. Then, the server sends a random challenge message encrypted with Bruce’s public key. Bruce uses his private key to decrypt the challenge and send a hash of the random challenge message back, proving that he owns the correct private key and he therefore authenticates himself to the server as bschneier. Now, the server gives Bruce a shell to run commands. If public-private key cryptography doesn’t make sense to you yet, don’t worry - we’ll cover it extensively in the RSA category.

An SSH private key is stored in the PEM format, which we discussed in the “Privacy-Enhanced Mail” challenge. So it looks like this and is stored on Bruce’s laptop at /home/bschneier/.ssh/id_rsa:

SSH public keys, however, use a different format:

This format makes it easier for these public keys to be added as lines to the file /home/bschneier/.ssh/authorized_keys on the server. Adding the public key to this file allows the corresponding private key to be used to authenticate on the server.

The ssh-keygen command is used to produce these public-private keypairs.

Extract the modulus n as a decimal integer from Bruce’s SSH public key.

When you connect to a website over HTTPS, the first TLS message sent by the server is the ServerHello containing the server TLS certificate. Your browser verifies that the TLS certificate is valid, and if not, will terminate the TLS handshake. Verification includes ensuring that:

- the name on the certificate matches the domain

- the certificate has not expired

Since CAs have the power to sign any certificate, the security of the internet depends upon these organisations to issue TLS certificates to the correct people: they must only issue certificates to the real domain owners. However with Windows trusting root certificates from over 100 organisations by default, there’s a number of opportunities for hackers, politics, or incompetence to break the whole model. If you could trick just a single CA to issue you a certificate for microsoft.com, you could use the corresponding private key to sign malware and bypass trust controls on Windows. CAs are strongly incentivised to be careful since their business depends upon people trusting them, however in practice they have failed several times.

In 2011 Comodo CA was compromised and the hacker was able to issue certificates for Gmail and other services. In 2016, Symantec was found to have issued over 150 certificates without the domain owner’s knowledge, as well as 2400 certificates for domains that were never registered.

Due to such events, together with the fact that fraudulent certificates can take a long time to be discovered, since 2018 Certificate Transparency has been enforced by Google Chrome. Every CA must publish all certificates that they issue to a log, which anyone can search.

Attached is an RSA public key in PEM format. Find the subdomain of cryptohack.org which uses these parameters in its TLS certificate, and visit that subdomain to obtain the flag.